The joy flowing from Ireland’s vote for equal rights is still bringing a smile to our faces.

In an expected victory, 62% of Ireland’s citizens voted in favor of reforming their constitution to extend all rights of marriage to gay couples. Ireland is the only country to have legalized gay marriage in the world. It’s a big shift for Ireland, where just 22 years ago homosexuality was decriminalized and divorce was legally sanctioned in 1995.

“The sizable majority reflects a dramatic shift in public attitudes in Ireland, a socially conservative country where 84% of the population regard themselves as Catholic (although far fewer actually practice). But the pace of social reform has greatly accelerated in recent years. In 2010, civil partnership legislation (including for gay couples) was introduced. But few then thought that five years later voters would so emphatically back gay marriage.” 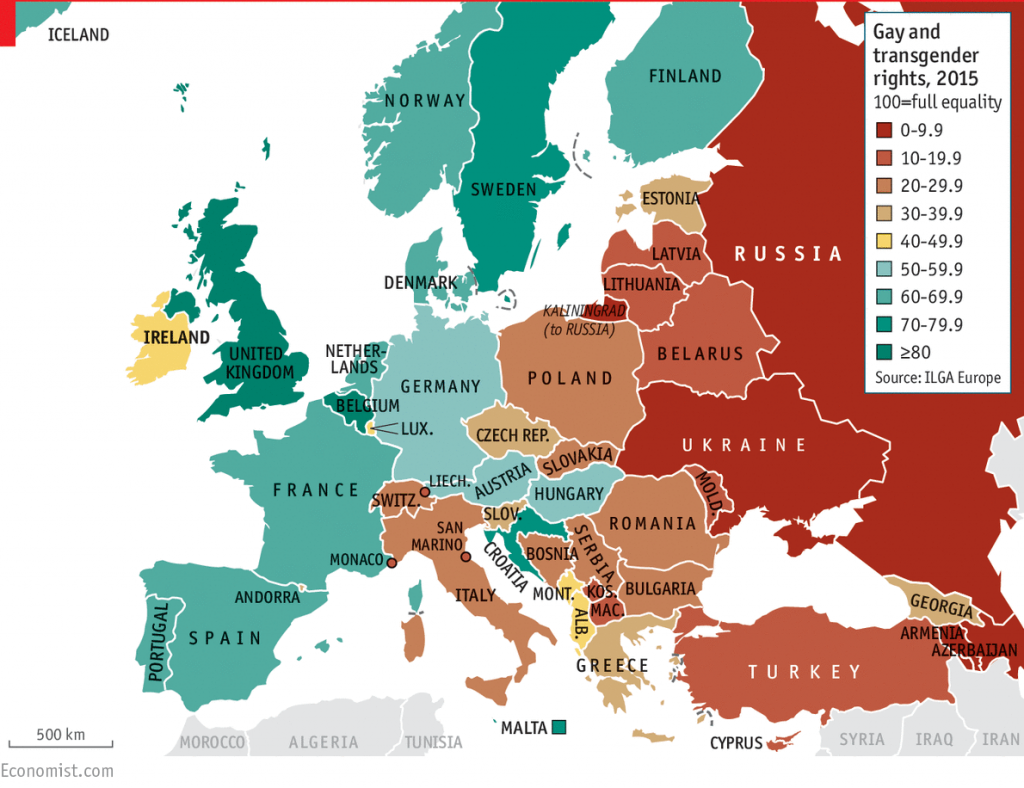 Photo from The Economist

There was resounding support on the side of the “yes” vote, partially thanks to moving advertisements like this one.

Though Irish advertisers may have touched the hearts of viewers, it was the personal stories of those in the public eye that brought the vote home in a landslide.

“Two unexpected interventions on the ‘yes’ side may have swayed undecided voters. Mary McAleese, a former president of Ireland and a devout Catholic, spoke of the difficulties that her son faced in being accepted as a gay man. And a well-regarded political journalist, Ursula Halligan, came out as gay during the campaign, writing movingly of her struggles to come to terms with her sexuality.”

Seeing such a strong woman stand up and tell the truth, even before the referendum was approved, is inspiring for everyone. We think this piece is a must read this week. In it, Halligan says:

“Twenty years ago or 30 years ago, it would have taken more courage than I had to tell the truth. Today, it’s still difficult but it can be done with hope – hope that most people in modern Ireland embrace diversity and would understand that I’m trying to be helpful to other gay people leading small, frightened, incomplete lives. If my story helps even one 17-year-old school girl, struggling with her sexuality, it will have been worth it.”

It seems the whole country, and the whole world, is celebrating this victory. Irishmen are celebrating in the streets, and “Harry Potter” author J.K. Rowling took to Twitter, ecstatic over the fact that her character Dumbledore could now marry Lord of the Rings character Gandalf in Ireland. Cue the wedding bells! We definitely approve of this power couple.

Unfortunately, but not unexpectedly, her joke was not appreciated by the Westboro Baptist Church, which is infamous for being strongly homophobic. They promised to picket the wedding, to which Rowling responded eloquently:

“Alas, the sheer awesomeness of such a union in such a place would blow your tiny bigoted minds out of your thick sloping skulls… I don’t care about WBC. I think it’s important that scared gay kids who aren’t out yet see hate speech challenged.”

Imagine you’re at work one day and a customer or client comes in and waves like she knows you. But you don’t know her….