Taylor Swift flew in with her super-lady powers and politely convinced Apple not to rip off artists. We are fans of Swift’s ability to implement change and wish others would do the same. We are left wondering: How many more people know about Apple’s streaming service since Swift’s stink? … conspiracy marketing plan? Seems like a win-win for all, so we’ll give it a double snaps and dream of a celebrity willing to take on other mega companies practices needing
improvement. 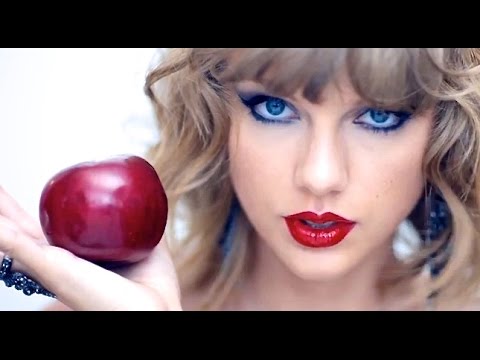 Vanity Fair gives up an inside look:

ly late newsbreak, Apple announced that it was reversing its course and would pay artists for streams accrued during the free three-month trial period. Eddy Cue broke the news on Twitter, and credited Taylor Swift’s Tumblr post with changing the company’s decision.”“Update 12:30 A.M.: In something of an astonishing

“When I woke up this morning and saw what Taylor had written, it really solidified that we needed to make a change,” Cue told Billbo
ard. “And so that’s why we decided we will now pay artists during the trial period.”

Swift herself reacted on Twitter: “I am elated and relieved. Thank you for your words of support today. They listened to us.”

The clincher graf from Swifts letter:

“We don’t ask you for free iPhones. Please don’t ask us to provide you with our music for no compensation.”

After the dust settled, Swift came out looking like a champion for her fellow artists, while Apple appeared open to making big changes when faced with mounting pressure. Apple also came out of the ordeal with more public interest in Apple Music, which launches June 30 but was announced to fairly muted fanfare.

In short, both sides won — a rare outcome in business negotiations. It was, at the very least, a savvy PR campaign by Swift to build public support for her cause and an effective response by Apple. But some people — let’s call them Taylor Truthers — think the two sides may have been in cahoots all along:

Inc. Magazine looks at this as a lesson in marketing:

” In what is either a power move by Taylor Swift, one of American music’s most powerful figures or a calculated PR stunt between Swift and Apple, the media has been taken by storm. Twitter is full of insipid “Taylor Swift should send a letter to X” jokes, and by end of day we will be beset by empty PR “takes” about what we can “learn” from Taylor Swift. Here’s the honest truth.

#4: Two things that almost always get written about no matter what they do, it’s Taylor Swift and Apple. Imagine combining those things into one situation? We just did, and it’s got a lot of media attention. This is the only real lesson to learn here: already popular things tend to get coverage automatically. For example, this excessively desperate and slightly depressing Medium post by a HipChat/Atlassian product designer was bandied about by PR people as a “sign of Slack’s excellent PR machine.” They missed the (well-realized) point – Slack got media attention through a charming CEO who co-founded Flickr and had Marc Andreessen on his side.Slack is a great product (and my personal feelings about HipChat aside), but there was certainly a hint of “guy who already did a thing we like is backed by guy we write about already.”

Here’s Elizabeth Warren on the Senate Floor: Are members of Congress so out of it they’ve forgotten how to read charts. Here’s one that…