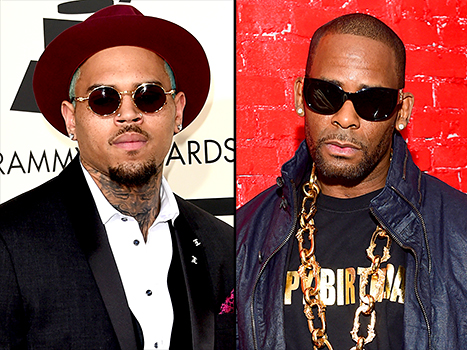 The Grammys stirred up some serious controversy on Sunday, Feb. 8, when the show sent a message that many saw as hypocritical.

In the midst of the celebratory soirée, music’s biggest night took a somber turn with a segment dedicated to domestic violence awareness. The messaging was introduced with a recorded clip from President Barack Obama.

“Together we can change our culture for the better by ending violence against women and girls,” POTUS said in the video before he shed light on the scary statistics regarding women and rape and domestic violence. “It’s not okay and it has to stop. Artists have a unique power to change minds and attitudes and get us thinking and talking about what matters.”

President Obama was followed in the show by a woman named Brooke Axtell. A survivor of domestic abuse, Axtell spoke live onstage inside Los Angeles’ Staples Center about her experience and introduced Katy Perry to sing her emotional ballad “By the Grace of God.”

The US President visited Alaska last week and headlines ranged from: “No, Obama isn’t a climate hypocrite,”  and “Obama Visits receding glacier in Alaska…